Just five weeks after announcing their partnership with Vacasa, Google’s new vacation rental venture has hit a roadblock. In order for Google’s listing platform to establish itself, it needs some early adoption help from VR industry giants. Up until a couple days ago (Oct 8), it appeared as though they had their foot in the door through cooperation with Booking Holdings and its subsidiaries.

Unfortunately, that was not the case.

Although there had been no official partnership between Booking Holdings and Google, Agoda had been actively listing on the Google Travel platform during the VR feature soft launch period. Agoda, like Booking.com, is one of its most popular VR subsidiaries.

Along with the absorption of Vacasa’s listings and the official release of their new vacation rental features, Google’s dominance once again seemed assured. But just three days after the release, Agoda began pulling listings.

While the loss of just Agoda’s listings might be considered a small speed bump, a spokesperson for Booking Holdings made a specific point to mention that Booking.com had never listed with Google and that Agoda’s initial participation should be considered a test.

Airbnb has been quiet throughout Google’s soft launch phase, and have yet to reveal any plans for cooperation. All we know is that they don’t seem to be in any rush to get their listings on another platform. Skift, a VR & travel news outlet, has posed the question of whether or not Airbnb needs Google. From that alone, it would appear Airbnb has the upper hand – for the time being. 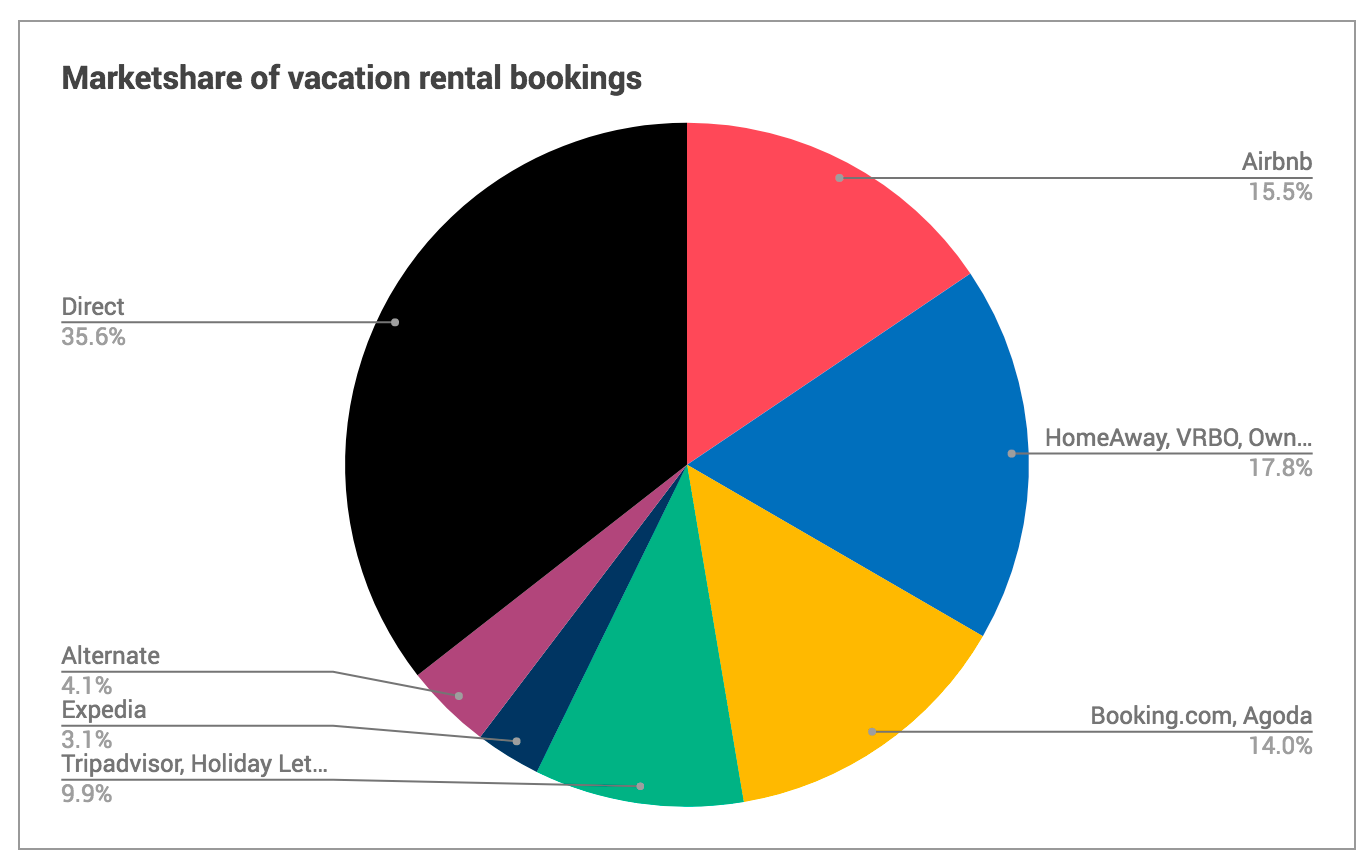 This chart is from 2016 – Booking.com & subsidiaries and Airbnb have both grown and leveled out with each other since then.

For anyone surprised by the number of direct bookings, you can be sure that Google has its sights set that segment. But if Google can’t muster a significant amount of listings in its early days, adoption rates will flounder for quite some time.

Does this mean Google’s efforts are all for naught? Absolutely not. Both Booking Holdings and Airbnb are reliant on Google’s search and ads platforms – Booking Holdings spent $1.3 billion dollars on Google ads in a single quarter in 2018. There’s clearly room for negotiation here.

In all likelihood, we’re merely watching a calculated business decision. Airbnb and Booking Holdings may hold enough market share and brand clout to earn some concessions from Google. The question now is whether or not Google expected a hold out, and whether or not their plans rely on cooperation. Probably not – but it never hurts.

Our Prices Are Changing in 2020